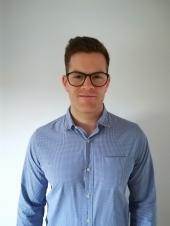 A passionate and enthusiastic engineer driven to help solve the largest problems facing the world today. I have a keen interest in the development of technologies which allow for a sustainable future for all and want to be a part of bringing this to fruition.

Currently conducting research at Universität Siegen into superconducting thin-films for the next generation of particle accelerators. Member of the Marie Sklodowska-Curie ITN: EASITrain -European Advanced Superconductivity Innovation and Training Network.

Can we improve the affordability of superconducting radio frequency (SRF) cavities, by decreasing their operational and capital expenditure, while maintaining or even improving their performance figures? This question pushes the SRF community to decrease the cryogenic load (cooling requirements) of the SRF cavities, while also pursuing higher accelerating energies with lower energy dissipation, by taking advantage of some of the improved properties of other superconducting materials or methodologies. In an attempt to answer this, my research focuses on the development of alternative materials which lead to srf performance figures which are at least equal to, if not better than the current industry standard of bulk Nb, while also minimising the cost. In order to accomplish this, we are concentrated on the use of NbN single and multilayer thin films deposited onto copper. A further key part of the study involves understanding the interdependencies of the synthesis process parameters and how adjusting the process parameters affects the resultant performance. This will allow for optimisation of the final film in order to achieve the required performance figures.

What is the methodology you used to achieve this result?

In order to achieve this, I employ two physical vapour deposition (PVD) processes known as DC Magnetron Sputtering (DCMS) and High Power Impulse Magnetron Sputtering (HiPIMS). With the use of sputtering, it is possible to deposit a specific material, in the form of a film, onto another material, known as a substrate. This allows us to take advantage of the beneficial properties of both materials in pursuit of improved performance. This study uses a reactive sputtering process, where a Niobium target is sputtered in the presence of a combination of argon/krypton and nitrogen gas. The end result is a niobium nitride (NbN) thin film (± 1.5μm

thick) deposited onto a copper substrate.

Prior to deposition, the copper substrate surface requires preparation. It is subjected to a mechanical polish and an electropolish (EP) in order to deposit the film on surface which is as smooth and homogeneous as possible. To assist in understanding the effects of different deposition parameters, the deposited thin film samples are characterised using a number of devices; Atomic Force Microscopy (AFM) and Confocal Laser Scanning Microscopy (CLSM) are employed to profile the topography of the surface as it can have a significant impact on the film’s performance. A Scanning Electron Microscope (SEM) and a Focused Ion Beam (FIB) fitted to an SEM are used to better discern the morphology of the surface, cross section and film/substrate interface of all samples. The FIB is also used to cut out thin strips of the film (lamellas) for further characterisation using a Transmission Electron Microscope (TEM) which is used to elucidate information regarding the crystal structure of the films. An X-Ray Diffractometer (XRD) is employed as the first step in the analysis of the crystal structure of the films as well as a phase analysis to discern which phase of NbN is present in our films. Initial chemical composition analysis is completed using Energy Dispersive X-Ray (EDX) analysis, however it is a fairly qualitative analysis and further information is provided with Rutherford Backscattering (RBS) and X-Ray Photoelectron Spectroscopy (XPS). Due to the difficult nature of phase identification for NbN, Raman spectroscopy is also employed. Finally, the superconducting properties, including the transition temperature (Tc

), are determined primarily with the use of a Vibrating Sample Magnetometer (VSM).

What have you learnt so far from your research?

The initial stages of research have provided a firm understanding with regards to the effects of different deposition parameters on the resulting NbN thin films. This was accomplished through the completion of a screening study where the temperature, pressure, substrate bias, cathode power, working gas and nitrogen percentage were set in various combinations for different samples. The overarching results are as follows; for a dense film, a high substrate temperature is preferred, but not mandatory, provided that a substrate bias and high cathode power is applied. A high deposition pressure tends to grow porous and highly disconnected columnar films, while low pressure deposition leads to dense films with more adherent columns. A low cathode power can be compensated for by applying a substrate bias, provided that there is a high enough mean-free-path (low pressure).

FIB cuts of a selection of samples have indicated the presence of voids, both within the film and at the interface between the film and the substrate. The substitution of Ar with Kr as working gas, and the variation in N2 % does not seem to change the morphology significantly, however the use of Kr does result in a reduction in the surface roughness, which is more prominent at smaller length scales. RBS results indicate the correct chemical composition for growing the delta phase NbN (which is the phase with the highest Tc

) is found at lower Nitrogen flow rates, however the window is shifted when Krypton is employed in place of Argon. Transition temperatures of up to 14.8K were measured for NbN films deposited with multiple parameter sets. The magnetic flux of first entry was low, but this is expected due to the inherent properties of NbN. Results pertaining to the initial NbN thin films were presented during a talk at the 8th Thin Films Workshop 2018, while the results from the screening study were presented as part of a poster at both the FCC Week 2019 and the SRF 2019 conferences. A conference paper was also submitted for SRF 2019.

These results were achieved for NbN thin films deposited onto relatively rough copper substrates, as the research into copper surface preparation had not been completed when these films were deposited. Since then, the study has been completed and the results were also presented at SRF 2019 with an accompanying conference paper. Improvements of all properties are envisaged for future samples which will be deposited onto copper treated with the substrate surface treatments.

Could you describe the next steps in your research?

Following the results from the screening study, the parameters which displayed the most influence on the NbN thin films, nitrogen percentage, substrate bias, deposition pressure and cathode power will be investigated more thoroughly in order to obtain an optimum parameter set/window. This will be coupled with the new copper substrate preparation procedure, which will greatly improve the surface roughness and homogeneity of all future deposited thin films. In order to complete further superconducting measurements, thinner copper samples will be employed, owing to space limitations in the test setups being used. The smoother samples will also decrease the likelihood of voids forming at the interface and will also provide better Raman data than the rougher samples.

Following the optimisation of NbN films with DCMS, the films will be utilised in the deposition of multilayer samples, to take advantage of the model proposed by Gurevich. This will be completed following some initial optimisation of AlN films, based on work previously completed at the institute. The multilayer films will be deposited with the following format; Cu/Nb/AlN/NbN.  The Nb layer will be relatively thick (to act as bulk), the AlN layer will be roughly 20nm while the optimum NbN layer thickness is still to be determined, although theoretical predictions indicate around 150-200nm. Following this, the use of HiPIMS will be investigated for both the initial Nb “bulk” layer as well as the NbN film. Finally, the addition of Ti into the sputtering process will be investigated, as Ti improves the likelihood of growing the correct superconducting phase in the form of NbTiN. NbTiN has a similar Tc

to NbN but maintains has the advantage of a lower normal state resistivity than NbN.

Which are the industrial applications stemming from your research?

It is envisaged that these types of multilayer coatings will allow srf cavities to be operated at fields exceeding what is possible today with bulk Nb alone. This is due to the shielding of the magnetic field afforded to the underlying Nb by the outer superconducting (NbN in this instance) layer. This will allow accelerators to be produced with higher accelerating gradients than is possible now with a lower power dissipation. This will greatly reduce the operating cost of accelerator facilities and make them more accessible to a wider community.