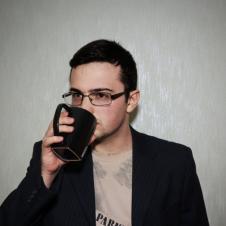 Dmitri has large experience in RF and superconducting RF technologies with a deep understanding of various related technologies including cryogenics and vaccum. He has also developed programming and IT skills developing programs for analysing the measurements and better understanding the performance of RF cavities.

With the support of EASITrain he has further broaden his knowledge about the related fields of superconductivity and cryogenics while he has acquired knowledge in the areas of project management and organization.

My work contributes to a broader R&D program aiming to imrove our understanding of losses mechanisms and limitations in both niobium and novel superconductors in order to develop systems of new generation such as FCC and others. This will, obviously, also benefit other user oriented facilities and accelerators (such as Free Electron lasers, Light sources, medical ion sources etc.) by reducing their sizes and costs, also allowing its operation for institutions with smaller budget and infrastructure.

What are the key questions you are trying to address?

Construction of the powerful particle accelerators nowadays relies on many fields of science and industry. Most powerful and advanced facilities almost always are based on superconducting radio-frequency (SRF) systems. This technology allows to achieve high quality as well as high energies of the beam and drastically reduce the size of an accelerator and its power losses. Superconducting cavities (resonators), which are used to accelerate the beam are usually made of bulk Niobium. Nowadays, Nb-based SRF technology approaches its fundamental limits, opening way for new materials and ideas. This R&D program is aimed to improve our understanding of losses mechanisms and limitations in both niobium and novel superconductors in order to develop systems of new generation such as FCC and others. This will, obviously, also benefit other user oriented facilities and accelerators (such as Free Electron lasers, Light sources, medical ion sources etc.) by reducing their sizes and costs, also allowing its operation for institutions with smaller budget and infrastructure.

Which are the main tools that you are using?

To measure the RF performance of superconducting materials we are using the dedicated test stand, main part of which is “the quadrupole resonator (QPR)”. In this resonator by using RF and cryogenic equipment we are characterizing superconducting samples made from different materials at a wide power and temperature range (2-24 °K) at different frequencies of electromagnetic field. We can probe maximum limits of a sample, measure its performants, etc. This allows to perform systematical study of production technics and preparation methods of different superconducting materials and push their limits.

Recently, the production of ten sample substrates (5 Niobium and 5 Copper) have been finalized in frame of cooperation program between EASITrain, HZB and industry. Those substrates will be used for molecular deposition (coating) with superconducting materials (Nb and its compounds) as study of different treatment techniques.

Part of those substrates will be used for extensive systematic study of Copper based Niobium superconductors in frame of cooperation with the ARIES project, which is aimed directly to building the next generation of Superconducting RF systems for the future accelerators and FCC project. This technology assumes coating Copper with Niobium layers allowing achieving better heat conductivity and reducing the cost of material.

Couple of those samples have already been polished at INFN LNL at Italy and coated with Niobium by one of EASITrain partner.

In addition to this other niobium based superconductors are being systematically studied at the facility. For example, a campaign of characterisation of NbTiN and Nb3Sn films (prepared by our partner Thomas Jefferson National Accelerator Facility) is at its peak and giving a lot of results. In future we are planning to continue those research with many more samples coming in the near future. The following plans also include some improvements to the performance of our measurement equipment and, probably, building a new facility.  In addition to this several laboratories are planning to construct same facility (with consultation with HZB and CERN) allowing the wide extension the resources for the study of novel superconducting materials.